One of the other practitioners in my practice told me that whenever he exams a patient that I have seen in the past my visual acuity measurements mislead her. She always gets better monocular visual acuities than I have recorded even when my examination was recent and even when she has not found any significant change in the refractive correction. What is going on?

Sounds like you are missing something in your visual acuity measurement technique. Here are a few suggestions.

For most patients, visual acuity should be measured with each eye in turn and then binocularly. Some young patients may not tolerate two monocular and a binocular measurement in which case conduct the monocular measurements first and settle for those. If you conduct the binocular measurement first the child may tire by the time you get to the second eye and cause a misestimate of the visual acuity for that eye. If there is some suspicion that one eye sees poorly perhaps from a health visitor, school nurse or orthoptic screening referral letter then the suspect eye should be tested first.

Even young children are quite capable of remembering letters from one eye to the next so different letters of approximately equal difficulty or a different order of the same letters should be used for each visual acuity determination.

Occlusion of one eye for a young child in order to carry out monocular visual acuity assessment is probably best achieved by sitting the child on the mother’s lap and asking the mother to cover each eye in turn. An alternative is to use a lightweight child’s spectacle frame glazed with an occluder or frosted lens on one side. 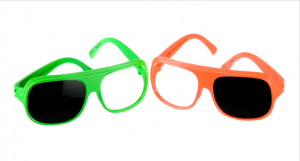 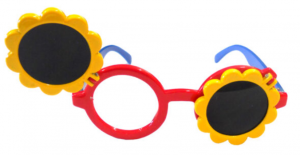 For older children, it is better to use a handheld occluder such as a cover stick or an occluding trial lens placed in the trial frame. It is not appropriate to ask the patient to cover one eye with the palm of their hand as some patients may peak between their fingers or press too firmly, distort the cornea and lead to an artificially reduced visual acuity measurement when that eye is assessed.

Single letters are easier to identify correctly than letters arranged in groups; with single letters, there is less contour interaction and the crowding phenomenon is reduced. Pointing to one letter on a line of letters with a finger also reduces contour interaction and therefore makes the task easier than reading the line without pointing. Finger-pointing should be noted on the record card as a memo that the child did not achieve grouped letter visual acuity. Single letters and finger-pointing have the potential to increase the level of visual acuity measured so this is not likely to be your problem.

All patients no matter what the age should be encouraged to guess letters especially if they read a line of letters quickly and accurately and then stop. Forcing patients to their visual acuity threshold will make the measurement more accurate (forced-choice) as many patients will go onto read another line or line and a half quite well.

Patients should be encouraged and allowed to guess but not allowed to lean or move forward. Some patients are reluctant to guess as they fear making a mistake and of being reprimanded or embarrassed. It is important that all patients are reassured, especially children, that making a mistake is okay and in fact makes for a more accurate visual acuity reading. The endpoint measure should be when the patient gets more than half the letters on the line of letters wrong. Push your patients to their visual acuity threshold and you will get more accurate values. The discrepancy between your measurements and those of your colleague will then disappear.